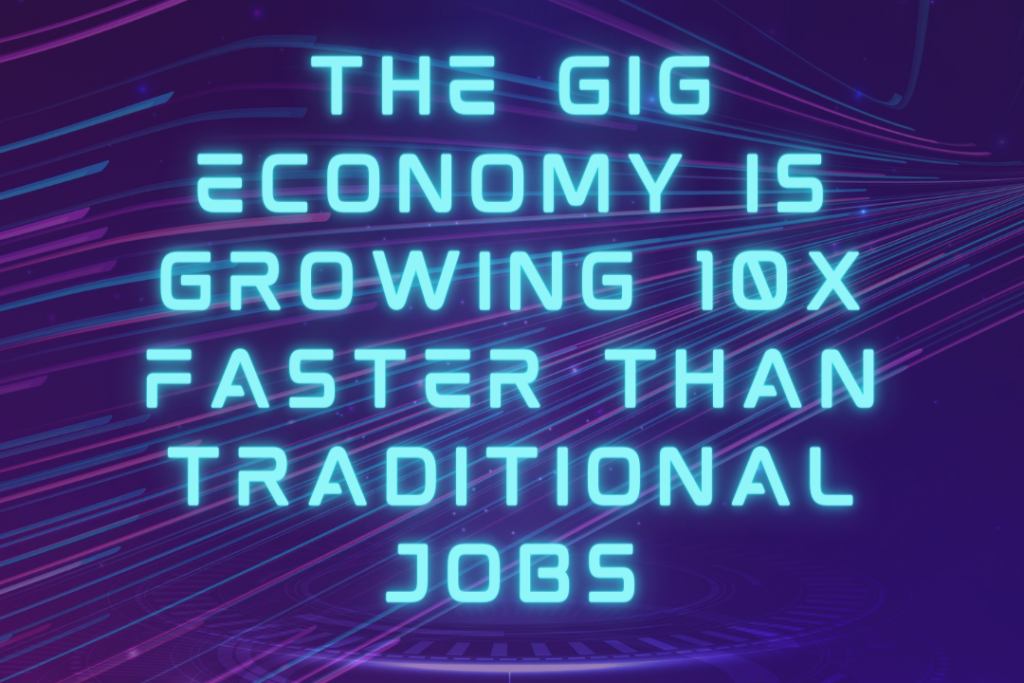 Wait, we’re already thriving, right? The stock market is looking great, and unemployed workers will just shift into the shiny new gig economy to earn income by performing tasks across a myriad of apps that deliver essential services like ridesharing and grocery shopping.

Yep. That figure is also staggering because we cannot easily define who is and isn’t an independent contractor, or “gig worker.”

The constructs of yesterday’s economy no longer fit the needs of the workforce powering today’s economy.

Defining who gig workers are (and what exactly the gig economy is) lacks any form of intuition and one size doesn’t fit all. Speaking from my own experience, I know that employers and corporations handle this in several inconsistent ways.

My most prominent experience in this flux state between contractor and employee was during my tenure at a large tech company, where I was brought on as a “contract-to-hire.” A 3-month contract slowly turned into 18 months and almost expired before I was finally converted to a full-time employee.

Fortune was with me during this time. I still received benefits through the contracting company through which I was employed as a contractor to the company for which I was actually doing the work.

Wait, what? Are you confused? Me too. At times, I even felt unmotivated and excluded.

Thankfully, I had a fantastic support system in my wife, family, and friends who helped me maintain my sanity as I navigated through the roller coaster. Staying positive, I kept the mindset that I may not have a job tomorrow, appreciating each day and learning as much as possible. Additionally, my manager and peers treated me as equal, helping me grow personally and professionally. They all made every effort to include me in what they could. Still, they made it a point that they had to “follow the rules” when it came to being excluded from training, holiday parties, and company events.

Following the rules? How do we even enforce them?

The 18-month journey as an “independent contractor” resulted in me forming my own consulting company. This empowered me to help my friend’s startup while I was working for my “employer.” Eventually, I was converted to a full-time employee. While I went on to find other full-time jobs and successful opportunities, for others, sweeping changes in California have not brought the same fortune:

The article quoted above hits home on the many problems from having a rigid rulebook. It boils down to one simple truth:

“The (A) and (C) prongs present their own sets of problems when you try to apply their 1930s-era language to the way people work in the year 2020.”

What is the solution?

We are all individuals, and we all contribute value to society.

? OK, that all makes sense, but how do we improve the current system to treat all members of society this way?

☞ Over 30% of today’s workforce comprises independent workers (sole-proprietors) who no longer perform work for JUST one employer. (Gallup)

2️⃣ Listen with an open mind.

☞ 70% of gig workers cite a better work-life balance as the reason they choose the gig economy. (FlexJobs)

3️⃣ Learn more about the impact.

When we start to think about the global scale of this, in the US and EU-15 countries alone, over 162 million working-age people now engage with the gig economy. Considering a year-over-year growth rate of 3X for the gig economy in third world countries, this number is staggering.

We’ve defined a major contributing problem and understand the pain of those affected by this problem. Now we can start bringing together the community of gig workers and build the tools to support them. These tools can help individuals transform into a thriving business in any economy.

Join the movement to positively address this MASSIVE problem.

The time for action is NOW.

☞ Comment below on how this shift impacts you and/or share this article if you want to take action.