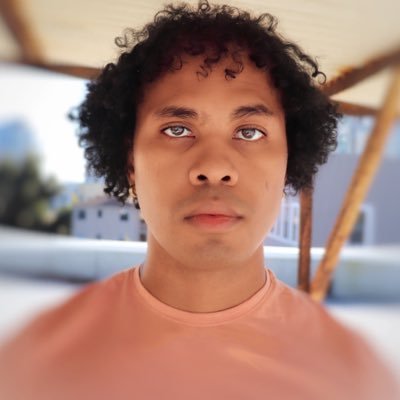 “The One Man Show”: Director, Actor, and Screenwriter

Clark Monroe was born in Olongapo City, Philippines on November 23,1986. Clark Monroe has a multiracial background, being born to an African American father and a Filipina mother. Clark studied Acting for Film at Robert Wald Actors Studio in San Diego California and Acting for Theatre at the University of California San Diego Extension and is studying under Acting Coach John Swanbeck, director of Big Kahuna (not to be confused with Imperial Beach’s amazing Hawaiian restaurant near my house #supportlocal) starring Kevin Spacey and Danny DeVito. Catch Clark’s full story on SDVoyager.com!

Join our journey as we create Work Entropy’s first episode!

For those of you who tuned into Episode 9: Deciding to Take the Leap Ft. Clark Monroe last October, you’ll remember that Clark offered to direct a commercial for Work Entropy and Andrew still had a wild beard. Now, months later, the pieces are falling into place as we prepare to film our first commercial in the coming weeks!

Now, dive in with us to learn what it takes to bring an idea to life!

It takes a LOT to create content. Even for a short commercial. A 30-45 second commercial still takes hours of filming, editing, and most importantly PLANNING.

Starting with the idea, it’s important to share ideas and brainstorm with each other. This first step of collaboration is so important because it allows the team to think beyond their own perspective and mesh different ideas together.

Don’t forget why we’re here and what we’re trying to accomplish. What’s the big picture? What’s the message you are trying to convey to your audience?

At Work Entropy, we understand that in the gig economy we are all a business. By identifying each individual as a capable business, it is our mission to reduce work entropy in the gig economy by connecting the community with the right tools and information to build healthy partnerships.

With this understanding, we connect to our true vision: Provide an equal opportunity to all individuals to tap into their skills and do work that they are truly passionate about; without the labels.

Moving the ideas and your vision into the planning stages starts with the script. The script is the backbone of the process as it outlines the reality that is being created within this commercial. This will inform the rest of the downstream pieces of creating a commercial. Plus, you can’t really have a commercial without a script – right?

Referencing the script, the budgets can start to be created based on resources, locations, and ultimately the storyboard that brings it all together.

Pre-Production: Getting Organized and Setting Expectations ?

Since the planning process helps flesh out a lot of the unknown variables, it’s important to circle back to script and finalize it! There are many variables that could result in changes to the script:

In the 1930s, the Walt Disney Studios developed storyboards as a tool for creating engaging and coherent stories. A storyboard is series of sketches that maps out a story and allows filmmakers to visualize the sequence of the plot. Story sketches are created to depict the key storytelling moments of a film.

In fact, it was so powerful that it flourished as one of the earliest forms of a project management system and many forms of this are used across different industries today – almost 100 years later!

The source of truth and roadmap for your cinematography team. This translates the simple storyboards into detailed angles to ensure that lighting, angles, and right equipment is used to bring the vision to life.

With the storyboard and shot list laid out, it’s time to lock in dates. This can now be done because the team can take into account the location, the lighting, and the required time of year, time of day, and location to get the results needed from the shoots.

Now that there are dates, there’s now a schedule to communicate to your cast and crew as you’re acquiring the talent (actors, cinematographer, editor, craft services, etc.).